Recent Unsettling Events centers on a small liberal arts college which erupts in protests over its required Western Civilization class. As the fights intensify and the entire campus takes sides, the complexities of identity politics, the limits of free speech, and the consequences of preserving the status quo are examined.

Andrea Stolowitz’s plays have been developed and presented nationally and internationally at theatres such as The Long Wharf, The Old Globe, the Cherry Lane, and New York Stage and Film. The LA Times calls her work “heartbreaking” and the Orange County Register characterizes her approach as a “brave refusal to sugarcoat issues and tough decisions”.

Andrea is the Lacroute Playwright-in-Residence at Artists Repertory Theater, a member of New Dramatists in New York City, and a core writer at The Playwrights Center in Minneapolis.

Andrea has won the Angus Bowmer Oregon Book Award for Drama three times for her plays Antarktikos, Ithaka, and Successful Strategies. Andrea’s short play “So I was Driving Along” is currently touring as part of the Red Door Project’s play, Cop Out. Andrea’s semi-autobiographical play The Berlin Diaries was included on the 2019 Kilroy’s List of best new plays and received the 2018 New York City Mayor’s Office for Entertainment: Theatre, Film and Television Award. The Berlin Diaries will be produced in New York City in the spring of 2021.

Recent Unsettling Events is a Table, Room, Stage commission from Artists Repertory Theater. In addition to its Portland Reading as part of Fertile Ground 2020 as the winner of The Portland Civic Theatre Guild New Play Award, the play will have a week-long public showing and workshop in New York in the spring of 2020.

Andrea currently serves on the faculty of Willamette University. She has also taught at the University of Portland, Duke University and UC-San Diego. 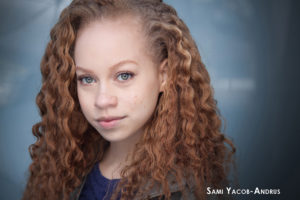 Sami Yacob-Andrus (Simone)
Sami is currently a sophomore at PSU and named to the President’s List for academics. Her most recent theater roles include daughter Joyce in The No Play with PassinArt and the iconic role of Juliet in Romeo and Juliet with Portland Actors Ensemble. Sami has also appeared in TV, commercials, and movies. 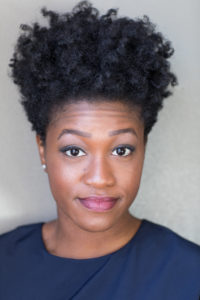 Leslie North (J.C.)
Leslie is a Memphis native who left the IT world to pursue acting in Portland – what a nut, right? She has performed in recent productions such as The Curious Incident of the Dog in the Night-Time (PAC), It’s A Wonderful Life!: A Radio Play (Artists Rep), and Othello: The Remix (PAC). Leslie is also a writer and plans to churn out some original short films and web series projects this year. She is grateful for your support. 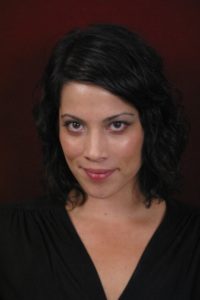 Tonya Jone Miller (Meg)
(PAC ‘04) is a Portland actor and playwright best known for her award-winning solo shows. She has toured “Threads” (about her American mother’s experience teaching in Vietnam in 1968) and “A Story of O’s” (about her work as a professional phone sex operator) in North America for the past decade. She’s excited to be working with Bobby for the first time, and very much looking forward to being on stage with other people. 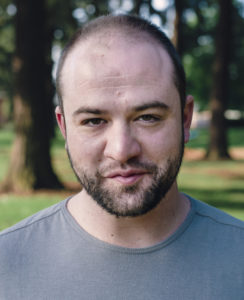 Sam Dinkowitz (Joel)
Sam is happy to be involved in this reading and in complete support of everything that Fertile Ground represents. Local credits include: Macbeth with Shaking the Tree Theatre, Twist your Dickens with Portland Center Stage, and The Year of the Rooster at CoHo Theatre. Sam is also the writer/director for Spectravagasm Sketch Comedy. Thanks for supporting fresh local art and artists! 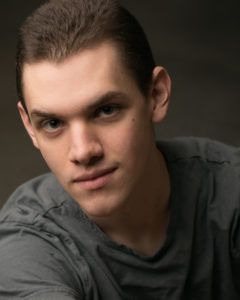 Caleb Sohigian (Michael)
Plucky hat shop employee Caleb Sohigian is best known for his starring roles as Jason/Tyrone in Hand to God (Triangle) and as Matthew in The Few (CoHo). You may have also spotted him in his Nameless Character Trilogy: THE BOY (A Streetcar Named Desire), GUARD (Bakkhai), and THE GUARD (Beirut). His work has been hailed as “thoughtful,” “hysterical,” and, at times, “on-stage.”